To look out over Marina Bay to the Merlion or the Marina Bay Sands Casino from near the Library, on a warm calm night, is a romantic, tourist moment to enjoy. Also near Marina Bay is the Suntec Singapore International Convention and Exhibition Centre. 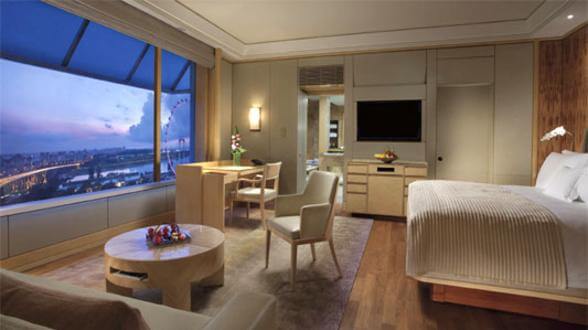 Accommodation near the Singapore Flyer and near Marina Bay